The Piano Magic of Floyd Cramer 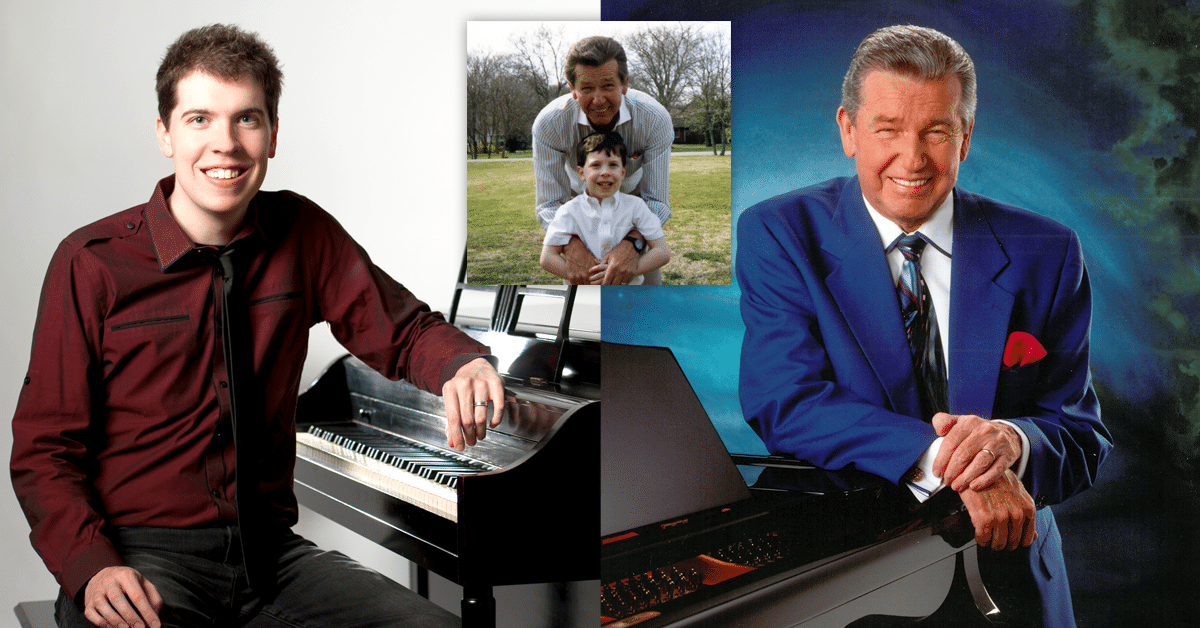 “From the opening note to the multiple standing ovations, Jason performed flawlessly as his program moved through the many selections he played which made his Grandad, Floyd Cramer, to be considered one of the best ever. Jason is clearly one of the best today.“

Floyd Cramer is one of the most admired and beloved instrumentalists of all time. His distinctive “slip note” piano style is instantly identifiable and can be heard on the classic songs of countless pop, country, and rock legends, among them Patsy Cline, Jim Reeves, Roy Orbison, the Everly Brothers, and Elvis Presley. Exemplified by his 1960 smash hit, “Last Date,” Floyd‘s unique touch at the piano was an essential part of the “Nashville Sound” during the 1950s and ’60s, and his far-reaching impact on the music industry led to his posthumous inductions into both the Country Music and Rock and Roll Halls of Fame.

Although his life was taken by cancer in 1997, Floyd‘s “piano magic” is still alive today through the music of his grandson, Jason Floyd Coleman.

In this concert, The Piano Magic of Floyd Cramer, Jason Coleman brings his grandfather’s famous “slip note” piano style to a nostalgic lineup of some of the most recognizable and heart-stirring songs of yesterday and today. “The most fun part for me,” Jason says, “is to see how much these songs mean to so many people – how just a few notes are all it takes to transport you to a different time and place. It’s really moving, and it’s what makes sharing Grandad’s music so special.”

Attend a ConcertBook a Concert 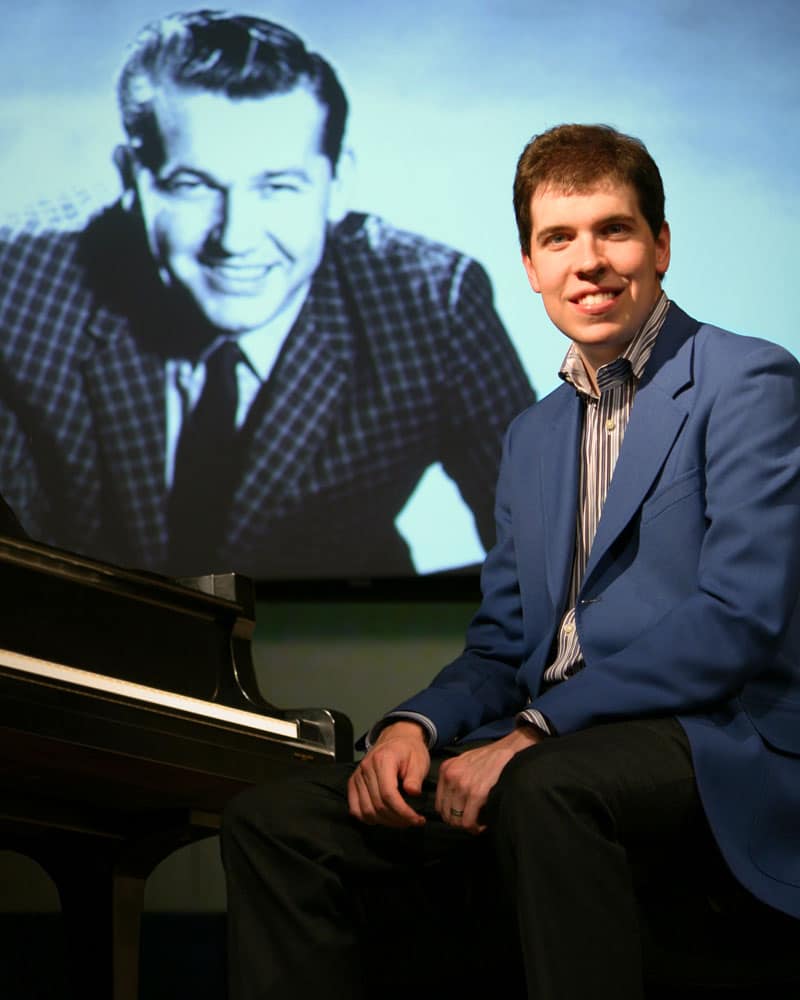 “The response was tremendous! What an entertaining show. From the beginning, Jason captured the audience’s attention with his marvelous piano playing and stories about the songs that made his grandfather famous. He had a great rapport with the audience, and his multimedia approach resulted in one of the most professional and entertaining shows we’ve had. Loved the pictures and his playing with them. This was one of the best planned and performed shows I’ve seen. If you haven’t seen it, you should. Would love to have Jason back in Lawrenceburg.”Crockett Theatre, Lawrenceburg, TN

“Jason Coleman, appearing with the LaGrange Symphony Orchestra, put on two of the most enjoyable concerts in our 23 year history. . . Jason thrilled a near-capacity audience with his charm and professionalism. Patrons raved about the performance, sharing comments such as . . . ‘Without a doubt that was the best concert ever performed with the LSO.’ From the patrons to the players, the sentiment is the same: Jason Coleman is a great entertainer and professional in every way.”LaGrange Symphony Orchestra, LaGrange, GA

“Attendance exceeded my expectations and the audience loved the show. I received a number of emails the week following the performance from people who wanted to know when [he] would be back. That’s the kind of reaction l like to get from my patrons. No doubt I will demand a return engagement in the future.”Higley Center for the Performing Arts, Gilbert, AZ

“From the opening note to the multiple standing ovations, Jason performed flawlessly as his program moved through the many selections he played which made his Grandad, Floyd Cramer, to be considered one of the best ever. Jason is clearly one of the best ‘today.’ His charm and personality won the audience over instantly. His refined, polished and ‘smooth as silk’ touch and sensitivity brought each piece to life in a unique way. The Patrons enjoyed reliving scores of fond memories as Jason played and shared many personal family photos and videos of his Grandad and of his time growing up. They are already asking, ‘When will Jason be back?’Arts Council of Mississippi County, Blytheville, AR

“Having [Jason] in the Hall was pure pleasure. The music was beautifully presented and touchingly nostalgic. We were all transported back to those wonderful years – truly comfort food for the soul. [Jason’s] loving commentary, pictures and video about [his] Grandad touched us all. Well done!”Heritage Hall Theatre, Mountain City, TN

“I have been promoting quality entertainment at the Historic Langdale Theater for 20 years, and Jason and his group are the only act to return to our stage seven times. They have been the most popular presentation of all. The audience will immediately remember and reminisce about the golden years of good music. Everyone who attends a concert featuring these fine young talented musicians will leave thoroughly entertained.”Historic Langdale Theater, Valley, AL

“What an evening! Our audience was captivated by Jason’s talent, his charm, his personality; and did I say enthusiasm! Our audience loved him! (again). This is a repeat performance for us and we would do it a third time! I actually told him as he left, ‘let’s not let this be our ‘Last Date!’”Camden Community Concerts, Camden, AR

“This very young, extremely charming and awesomely talented man had the entire audience in the palm of his hand, within minutes! . . . He is a delightful keyboard artist, offering a wide variety of music, demonstrating an immediate and long-lasting rapport with every age in our audience. His concert made us laugh and truly brought tears to our eyes, with his joy and tenderness for his art.”Alpena Community Concerts, Alpena, MI

“Following in the footsteps of his grandfather, [Jason’s] stage presence, style, and unquestioned talent on the piano keeps his audience literally on the edge of their seats. When Jason plays, the ‘slip note’ style of Floyd Cramer coming from the piano brings back all the memories and excitement from that era. The audience at The Old Opera House had nothing but high praise for Jason. I recommend Jason Coleman for any venue.”Hawkinsville Opera House, Hawkinsville, GA

Bring Jason to Your Venue!

Get in touch for booking information.